Lately, I’ve been working on some open problems related to a Young tableau operation called catabolism, which involves some interesting tableaux combinatorics. While working the other day, I encountered a simple and beautiful fact that I never would have expected.

Suppose we have a word $w$ whose letters are from the alphabet $\{1,\ldots,n\}$ (allowing repeated letters). A Knuth move is one of the following:

In other words, if you have three consecutive letters and either the first or the third lies between the other two in size, the end letter acts as a pivot about which the other two letters switch places. Visually: 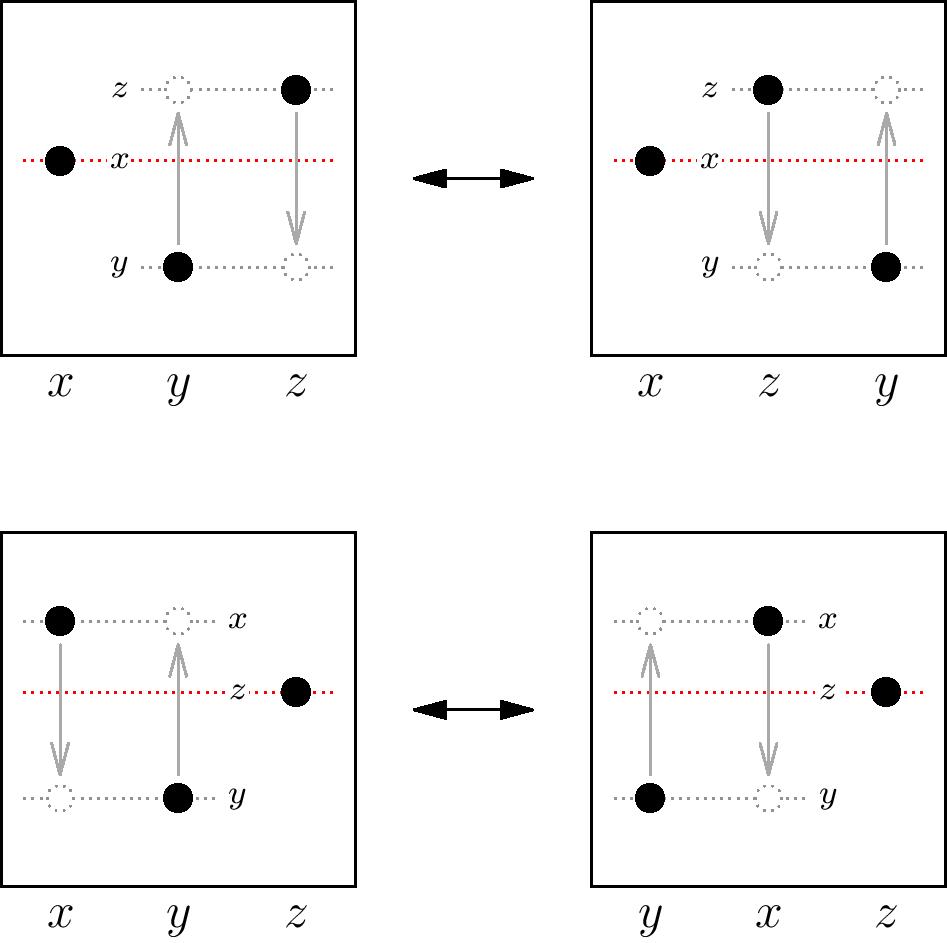 If two words can be reached from each other by a sequence of Knuth moves, we say they are Knuth equivalent. For instance, $12143$ is equivalent to $24113$ via the sequence of moves:

In addition, not all words on the same letters are equivalent: the word $123456$, for instance, has no valid Knuth moves and so it is only equivalent to itself.

Recently, I needed to understand what happens when you allow the Knuth moves to “wrap around at the edge”. In other words, think of the word as being on a necklace or counterclockwise-oriented circle, and allow the same Knuth moves as before. For instance, $123456$ is now equivalent to $623451$ since the $5$ is between the next two letters, $1$ and $6$.

3 thoughts on “Knuth equivalence on a necklace”