Classical Euclidean geometry is one of the oldest branches of mathematics, and in my opinion still as beautiful as ever. Here is a cute little geometric gemstone that was introduced to me recently by a fellow staff member at MOSP. 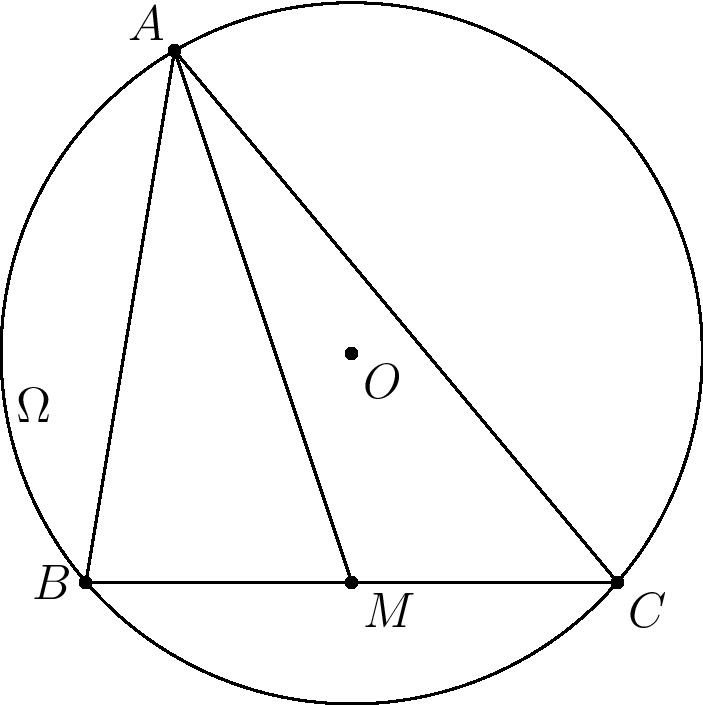 Now let $\omega$ the circumcircle of triangle $BOC$, and let $D$ be the point on $\omega$ outside of $ABC$ for which $MD$ is perpendicular to $BC$. Then it turns out that the line $AD$ can be obtained by reflecting the median $AM$ across the angle bisector of angle $A$! This reflection of $AM$ is called a symmedian of the triangle. 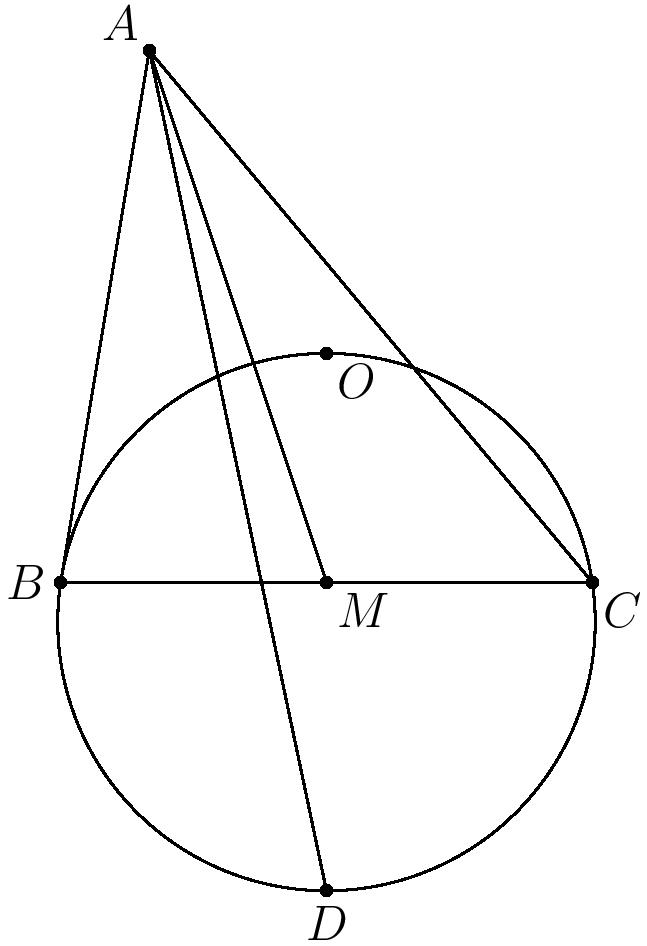 However, they’re rather close to being similar, in the following sense. Suppose we extend line $AB$ to a point $X$ for which $XD=DB$. Then triangle $BXD$ is isosceles, so angle $AXD$ is equal to angle $XBD$, which is supplementary to angle $ABD$. By our calculation above, angle $ABD$ is $A+B$ and so $AXD=XBD=C$. So, it is possible that triangles $ADX$ and $AMC$ are similar; this would suffice. (Notice also that this is a classic case of the falsity of “Angle Side Side” similarity – if it only takes an angle and two side lengths, then $ABD$ and $AMC$ would be similar too!) 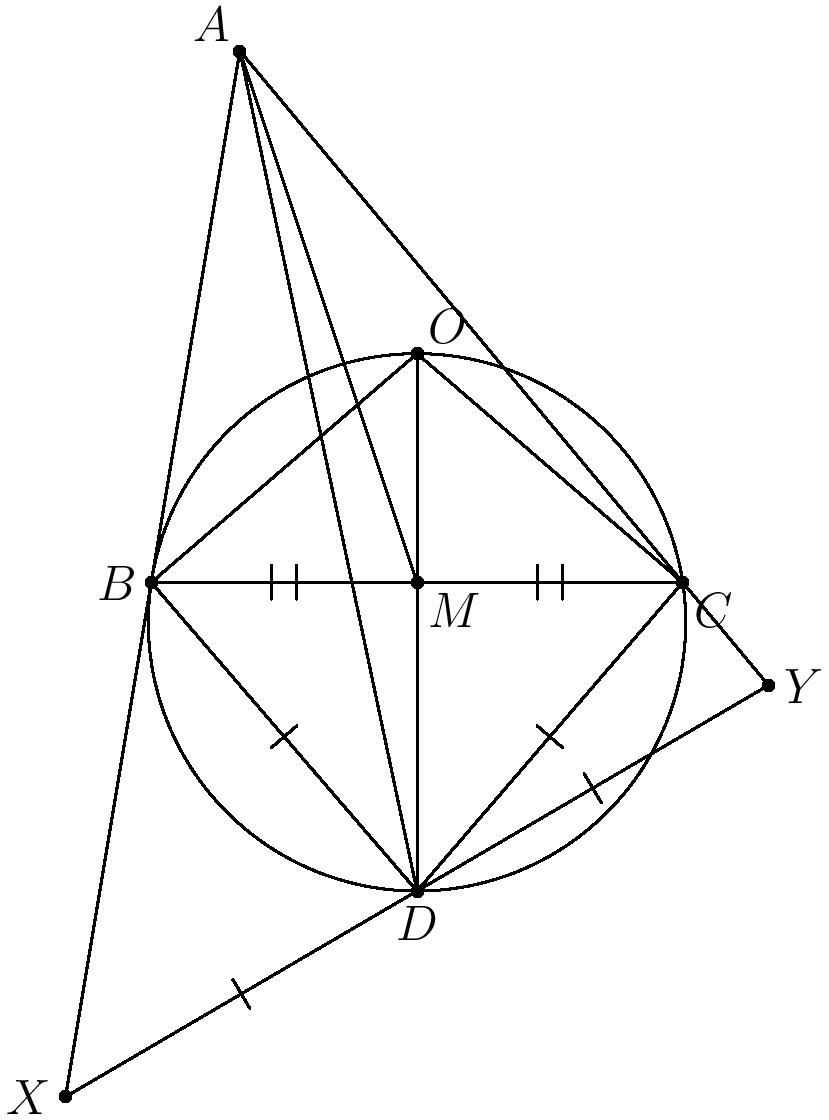