I spent most of Spring Break hiking in Death Valley National Park with Bryan Gillespie. It was stunningly beautiful and rather otherworldly in some ways, especially in the way that so much hardy desert life keeps on surviving on 1.5 inches of rainfall per year.

One such hardy desert plant that we encountered a number of times, especially near the Ubehebe Crater, was the creosote bush. It looked like this: 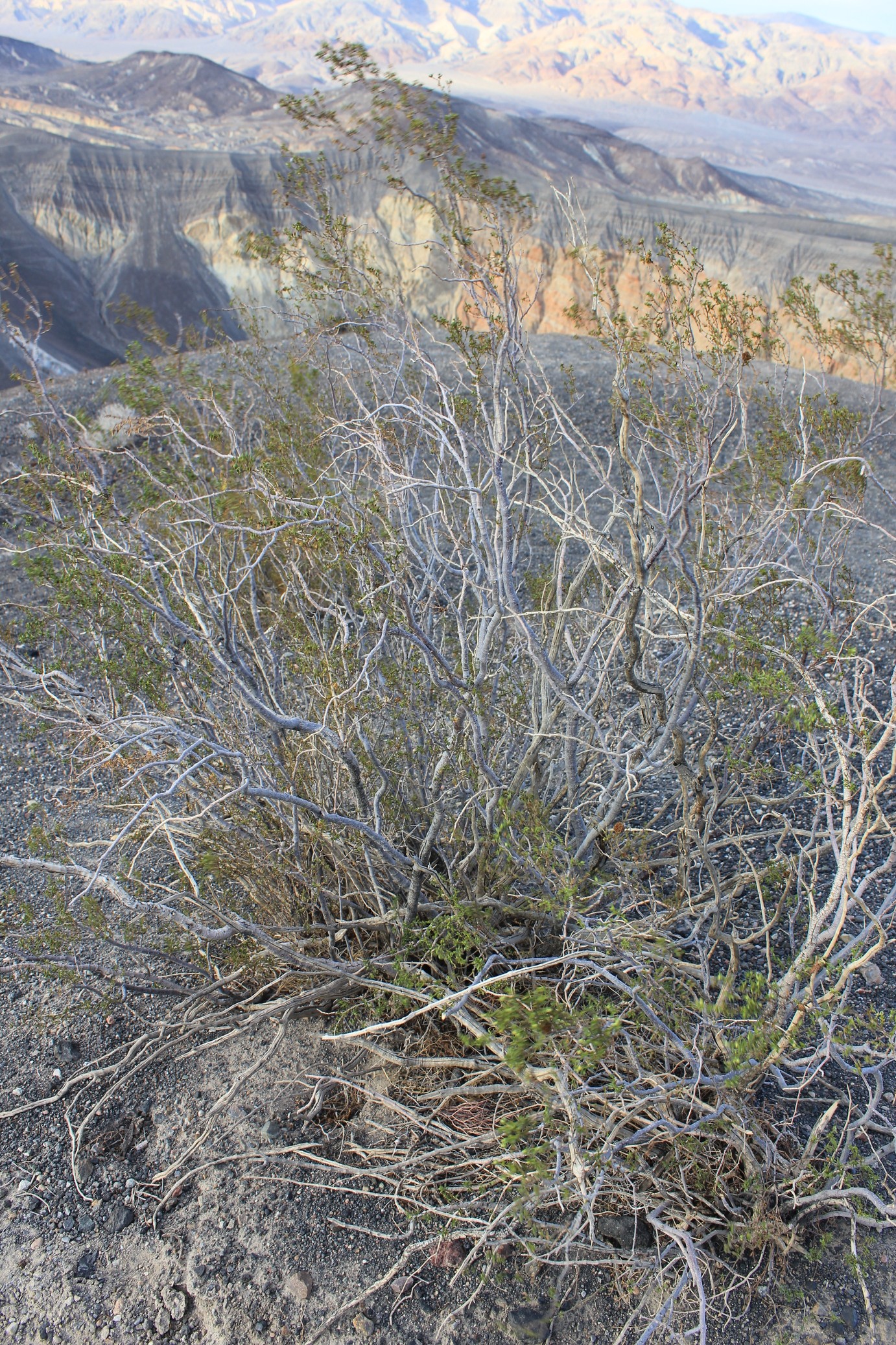 Bryan’s first reaction was, “Wow, look at the way it grows! I’d love to know what its fractal structure is.” He walked around the plant and took several more photos:

It appeared that whatever angle you viewed the bush from, there was (approximately) a single layer of leaves visible with no leaf covering another and no big gaps between the leaves. This, we realized, is an optimal use of its resources: no matter the angle of the sun, it is using every leaf to absorb its energies while not wasting water keeping other buried leaves alive.

This phenomenon is known for leaf growth around a single straight stem, for instance, and results in leaves budding from a stem at angles forming a Fibonacci spiral. (See, for instance, the bottom of this page.) However, the branches of this creosote bush seemed gnarled and tangled and it was unclear what mathematical rules governed how they distributed themselves so as to optimize their leaf placement.

I’ve stared at the photos for a while now, and I believe that each of the “main” branches that stem from the roots has a fractal (self-similar) structure with leaves on the tips, and these main branches are tangled together in such a way as to make leaf distribution optimal independent of the angle of the sun. But how do we model that? Even more curiously, on inspecting close-up shots like this one, they seem to have “nodes” along their branches and a branching pattern different from the standard Fibonnacci pattern described here.

I would venture to guess that the new branches split at each new node, but only some of the split-off portions are kept, resulting in a long gnarled branch that is slightly bent at each node, with leaves only on the ends. This is purely speculation, though. If anyone out there knows more about the mathematics of creosote growth (or has more data), please share!