These two concepts go together in a very natural way. Prepare for a breathtaking real-world application of Euclidean geometry!

Let’s simplify the problem a bit. Viewing the wires head-on, we can draw them as two points, and envision one current going into the page (red) and another current going out of the page (blue).

Some basic electrodynamics tells us that the magnetic field vectors generated by one of the wires alone are tangent to the circles centered at the wire, in the plane perpendicular to the wire. Furthermore, the magnitude of these vectors at a distance $r$ from the wire is proportional to $1/r$.

So, we can sketch the magnetic field arising from each wire separately, in two different colors, with the thickness and brightness indicating the strength of the field: 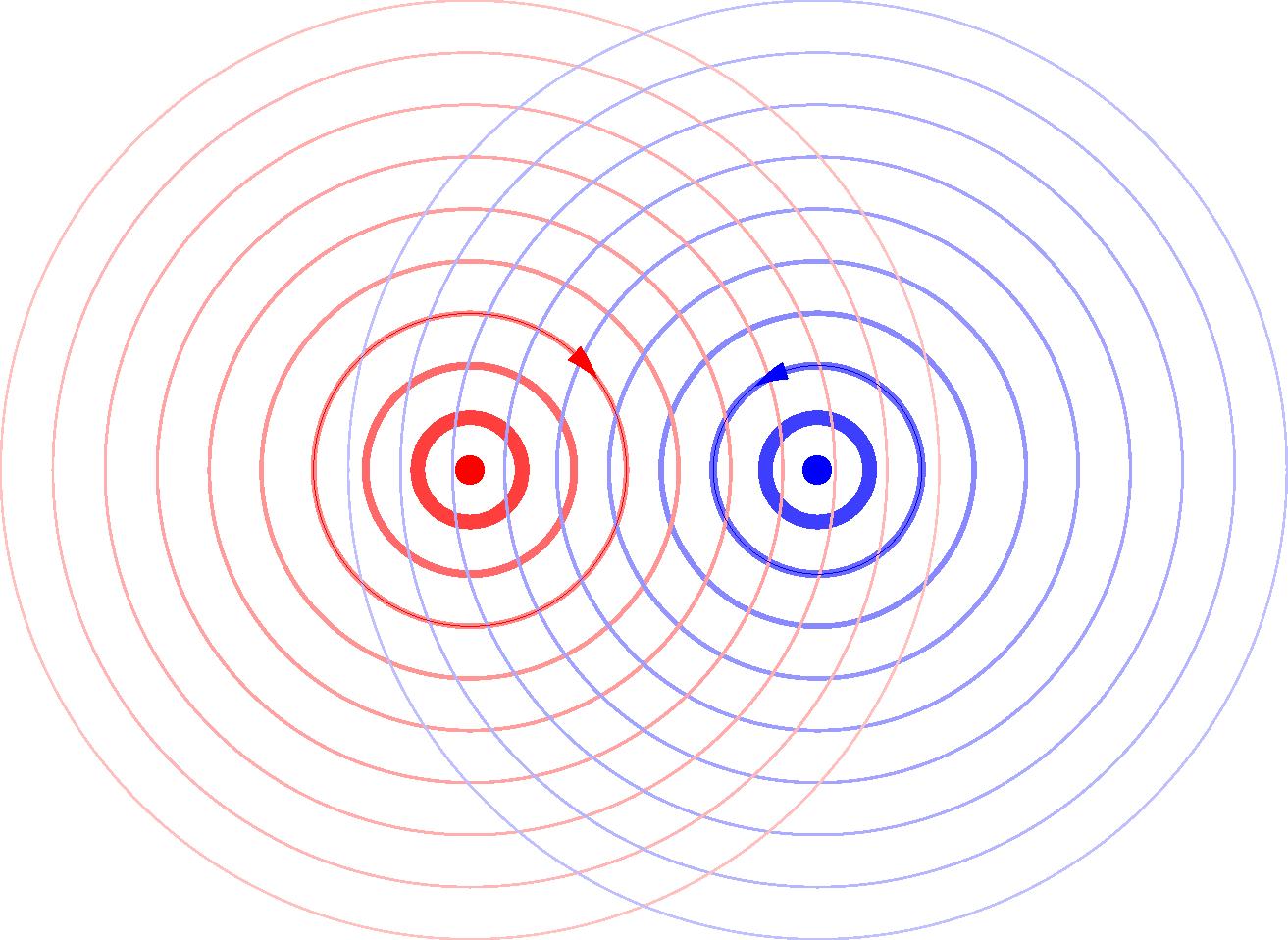 The magnetic field lines appear to be circles! What are these circles?

A very similar-looking diagram recently came up in a class I was teaching on Inversive Geometry at the Math Olympiad Summer Program (MOP) this summer. A circle of Apollonius with respect to two given points $A$ and $B$ can be defined as any circle for which $A$ inverts to $B$ about that circle. Alternatively, and perhaps more simply, it is the locus of points $P$ having a given constant value of the ratio $PA/PB$.

One student in the class pointed out that these circles look very much like a magnetic field of some sort. Intrigued, I asked around and did a bit of research. I found that the circles of Apollonius arise as the equipotential lines of two different point charges.

However, this wasn’t a realization of the circles as a magnetic field. Still curious, I brought the question up at the lunch table the next day. One of my co-workers at MOP, Alex Zhai, suggested to try two parallel wires with opposite currents. Perhaps the magnetic field lines were the circles of Apollonius between the two points that correspond to the wires. It certainly looked correct. How could we verify this?

4 thoughts on “Circles of Apollonius… and magnetism!”