Like the Fano plane, the real projective plane is self-dual. How can we exchange the points and lines in such a way that collinearity becomes concurrency and vice versa? The answer lies in the pole of a line and the polar of a point. 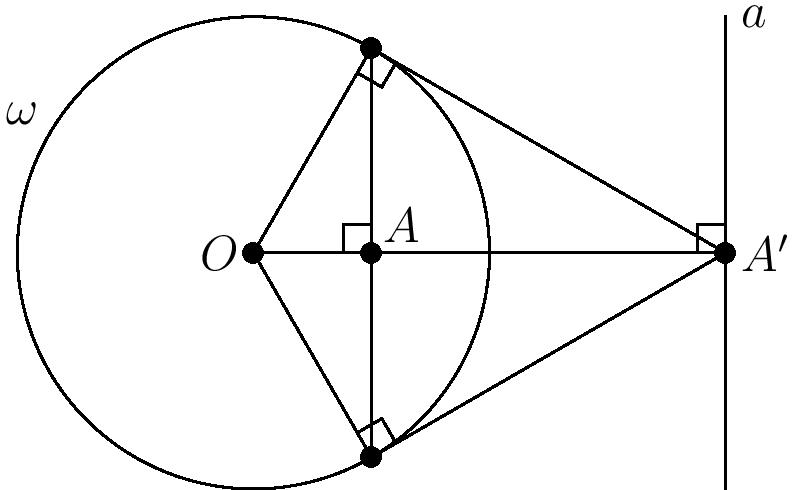 We now know that reciprocation, the transformation about a circle that replaces each point with its polar and each line with its pole, interchanges lines and points in a way that preserves indicence. This enables us to “dualize” many theorems about concurrency to obtain a theorem about collinearity, or vice versa.

Reciprocation has the added benefit that it preserves conics. One way to define a conic is as the reciprocal of some circle. Alternatively, we can define a conic as the locus of solutions $(a:b:c)$ to some homogeneous equation of degree $2$ in $x,y,z$, such as $x^2+2y^2-z^2=0$ or $x^2-yz=0$.

Exercise. What kind of conics do the two quadratic equations above describe when restricted to the Euclidean plane ($c\neq 0$)?

It is often useful to choose an important line in a diagram and apply a projective transformation sending that line to the line at infinity.

Some theorems and their duals

We finally have the tools to prove some powerful about Euclidean geometry that are more natural in the context of projective geometry. Can you see why reciprocation sends each theorem to its dual?