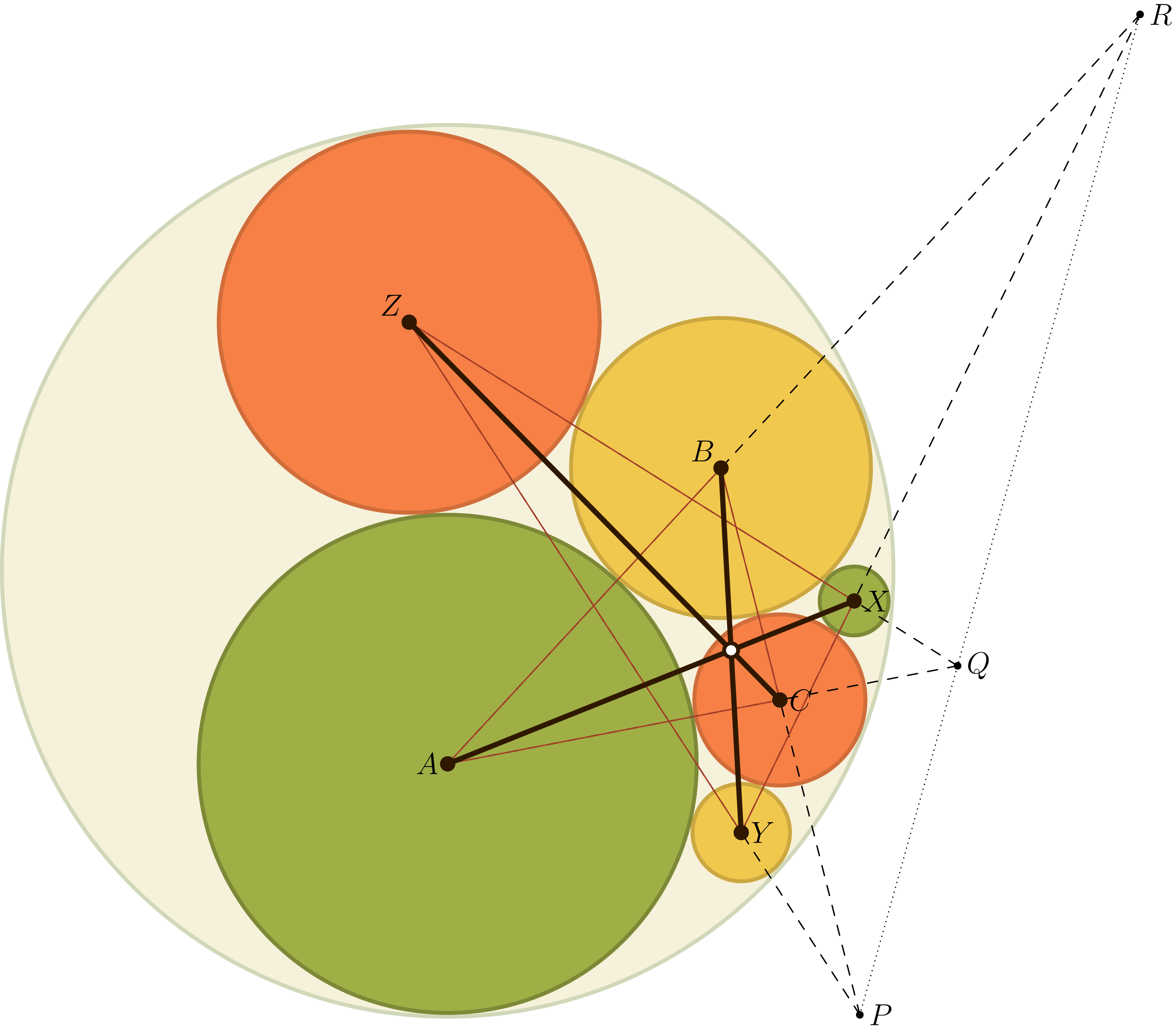 We claim that the center of homothety of circles $C$ and $B$ and that of circles $Y$ and $Z$ coincide. If they do, then they must coincide at $P$ since the lines joining the centers of these pairs pass through the centers of homothety. By symmetry, a similar fact will also hold for $Q$ and $R$, thereby satisfying the conditions of Monge’s theorem, and the proof will be complete. 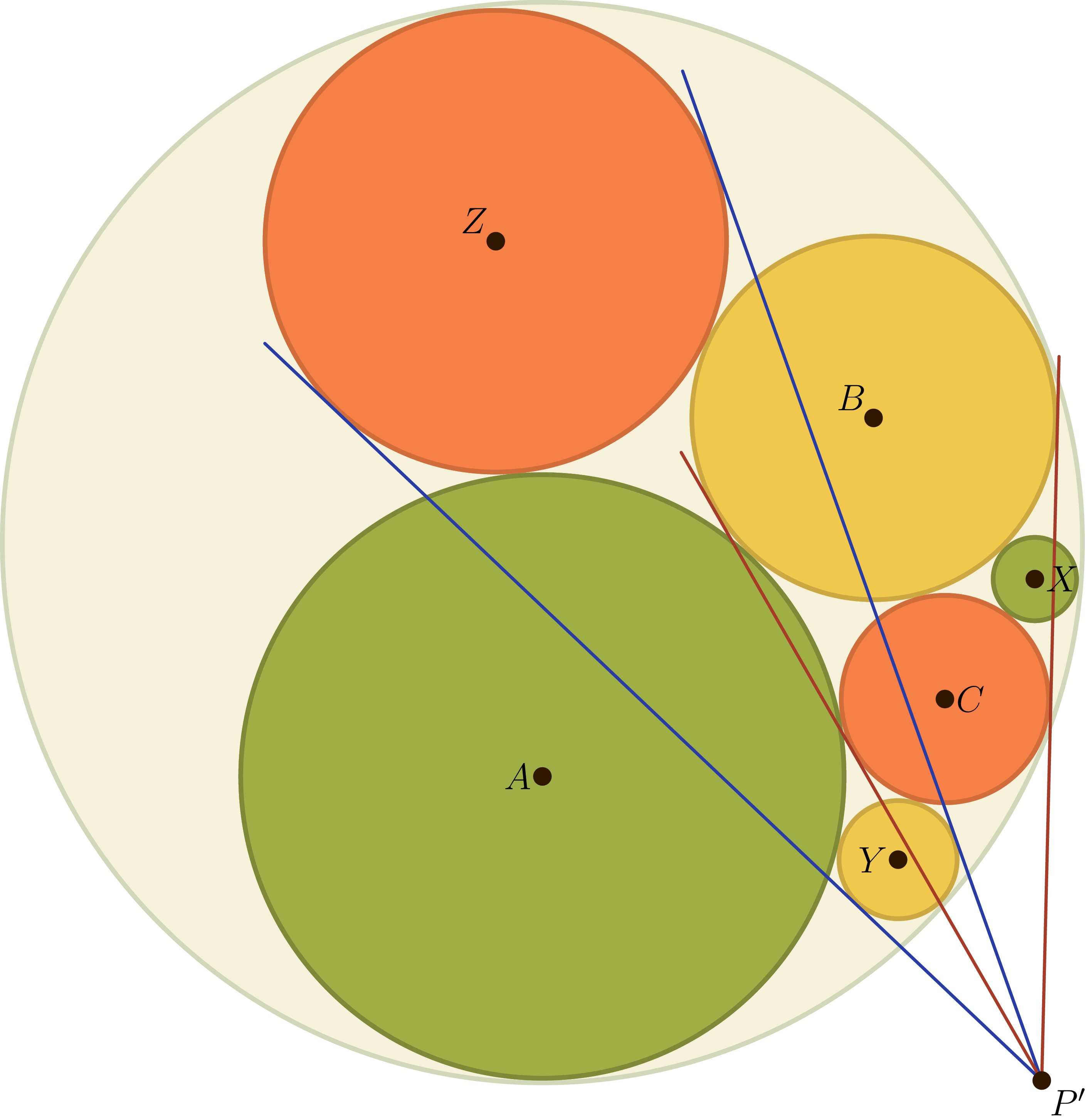 This claim can be shown using inversion. Specifically, let $I$ be the point of tangency of circle $A$ to the large circle $O$. If we invert the image above about any circle centered at $I$, the circles $A$ and $O$ are mapped to two parallel lines, and the four circles $B$, $C$, $Y$, and $Z$ are mapped to circles tangent to these two lines and tangent to each other in a row. The common external tangent lines to the pairs of circles are sent to circles passing through $I$ that are tangent to certain pairs of these circles: 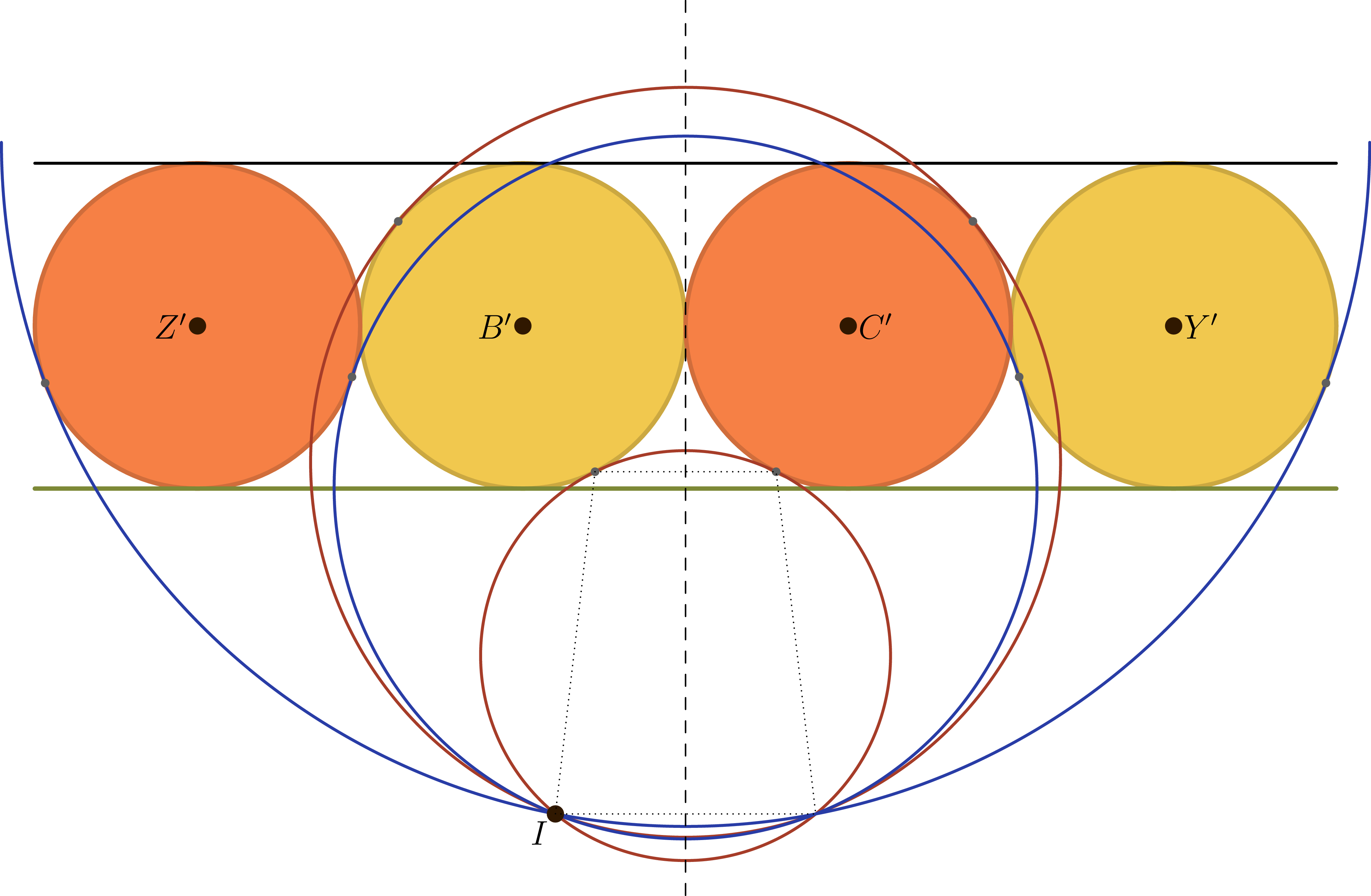 In the new diagram, the four circles $Z’$, $B’$, $Y’$, and $C’$ are congruent, and we can orient our picture so that the two parallel lines are horizontal. The two red circles passing through $I$ and tangent to $B’$ and $C’$ are therefore centered on the dashed vertical line of symmetry of the entire figure. It follows that the second intersection $P^{\prime\prime}$ of the two red circles is the reflection of $I$ about the vertical line. A similar argument shows that the two blue circles also intersect at the reflection of $I$ across the vertical line of symmetry. It follows that their intersections coincide at $P^{\prime\prime}$, as desired.